This fall we announced some enhancements to the membership experience by implementing a new membership structure that acknowledges how we are all Allies and support the A&M community in a variety of ways. The membership levels are as follows:

To pay your annual membership dues:

Aggie Allies is funded solely from personal donations and membership dues. In order to provide programming and help others join our cause, we need funds to do it. Annual Membership dues are $25. 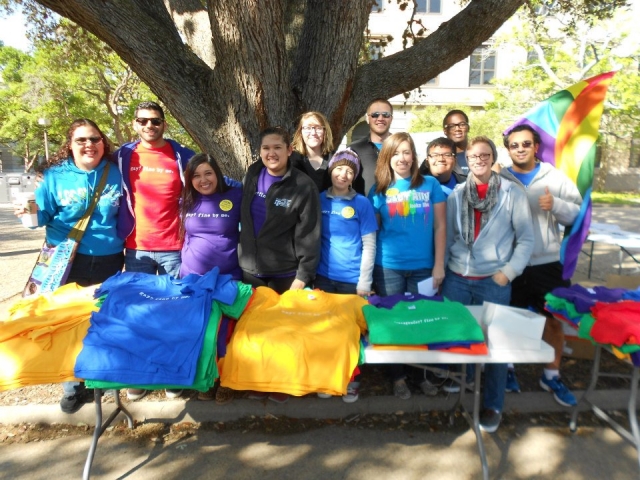 What is an Ally?

Allies include staff, faculty, and students at Texas A&M University who display an Ally placard outside their office or residence hall room. This sign identifies them as individuals who are willing to provide a safe haven, a listening ear, and support for lesbian, gay, bisexual, and transgender people or anyone dealing with sexual orientation issues.

If you attended an Aggie Allies advance or workshop more than three years ago, we thank you for your continued support by inviting you to complete an Aggie Allies workshop to renew your commitment to being an ally.

We live in a society that often discriminates against people who are different. We have all been taught to believe that to be "straight" is to be normal. This can cause a great deal of pain for gay, lesbian, bisexual, and transgender (GLBT) people.

"Coming out," or disclosing their orientation to others, is an important step in GLBT people’s self-acceptance. Like everyone, GLBT people accept themselves better if others accept them. Learn more...

Please visit Current Allies for the Aggie Allies Board of Directors and to find a list of current Allies.

Copyright 2023 • Aggie Ally | Offices of the Dean of Student Life • All Rights Reserved. • Hosted by Division of Student Affairs Department of IT